The people behind Trans Families 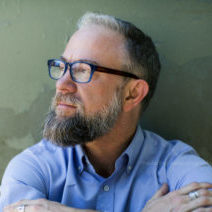 Aidan Key is the founder of Gender Diversity, an organization providing support and educational services with respect to transgender and gender diverse children. He has served as a consultant to hundreds of schools and other youth-based agencies across the United States. He leads the largest network of parent support groups in the nation and, in 2001, founded Gender Odyssey, the longest-running annual conference for families and professionals seeking to support trans children. 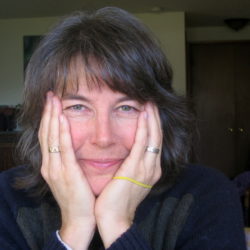 Kristin joined Aidan Key in 2008, supporting parents of children with gender differences through the work of Gender Diversity.  Her numerous and varied responsibilities have evolved over the years to include sundry roles at the Gender Odyssey Conference, being a resilient sounding board to her husband, training facilitators and facilitating GD Family Support Groups, doing intake calls with parents new to the support groups and now as a Gender Diversity trainer.  Some of her favorite trainings have been with PNW Quakers! Originally from high and dry Colorado, Kristin very much enjoys temperate Seattle. 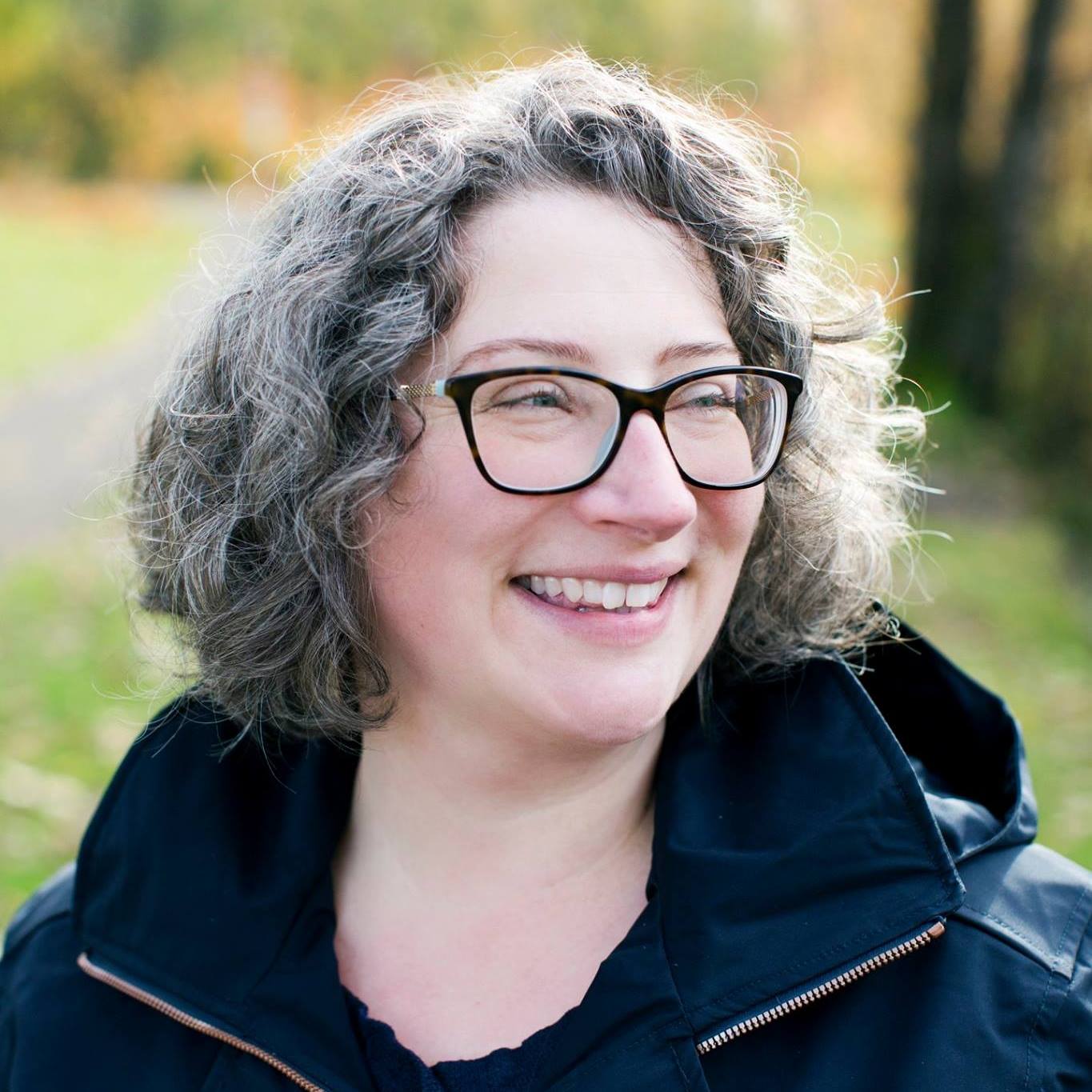 Huddle is the administrative assistant to Aidan Key.  As coordinator of the Gender Diversity Family Support Groups, she conducts parent intake calls and is a senior facilitator of GD’s Family Support Groups in Seattle, WA. In her former life, she was a dental assistant working with individuals going through cancer treatment and most recently a stay-at-home mom. She is a fierce mama-bear when it comes to her trans son & and a reticent but committed activist. Her free time is spent quilting, crafting, hanging out with her family & loving on her dogs. 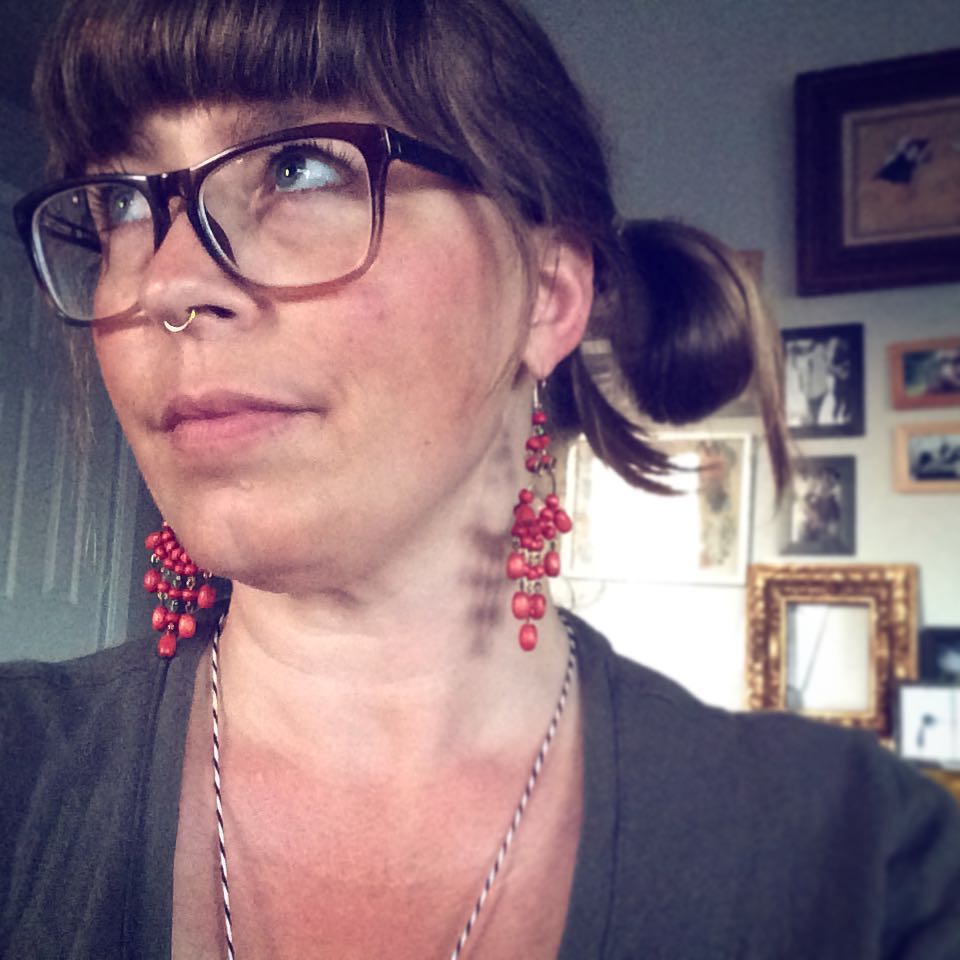 Nikki is the associate director of Gender Diversity, working on organizational administration, graphic design, program design, outreach, fundraising, the Gender Odyssey Conference, and of course, Transfamilies.org!  In early 2018 she began facilitating Gender Diversity Family Support Groups in Seattle.  She and her transgender son have been attending Gender Diversity groups since 2015 and are grateful for the support, friendship and wisdom they received there. Nikki is continually humbled and honored to be part of this community.

Away from her work duties, Nikki is a mad dabbler in all things arts and crafts, and is a sometime-philosopher who volunteers at ThreeDollarBill Cinema’s film festivals TWIST and Translations, and gleefully smashes the patriarchy whenever the opportunity arises. 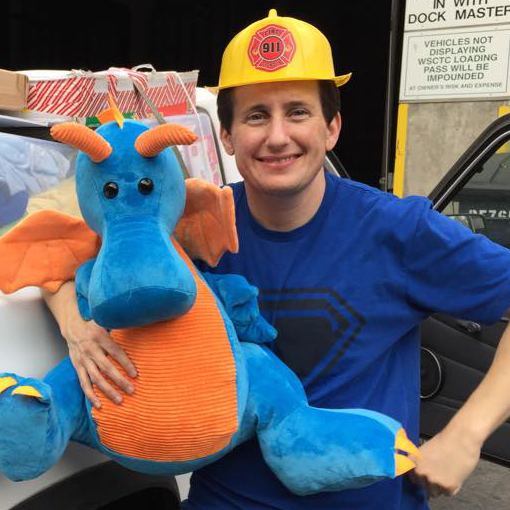 Gil Rich is the Gender Odyssey Teen Program Coordinator and runs the youth groups for the Gender Diversity Family Support Groups held at Seattle Children’s Hospital. Gil has also volunteered with Camp Ten Trees and the WSU-4H Challenge Program and has spent the past 16 years leading leadership and community-building programs that help youth recognize their potential. Gil had the unique opportunity to grow up as a gender-nonconforming kid with an identical twin who was also gender-nonconforming. Growing up different but knowing there was someone else like him in the world provided a foundation of self-confidence and pride that he hopes to pass on to the youth he works with. 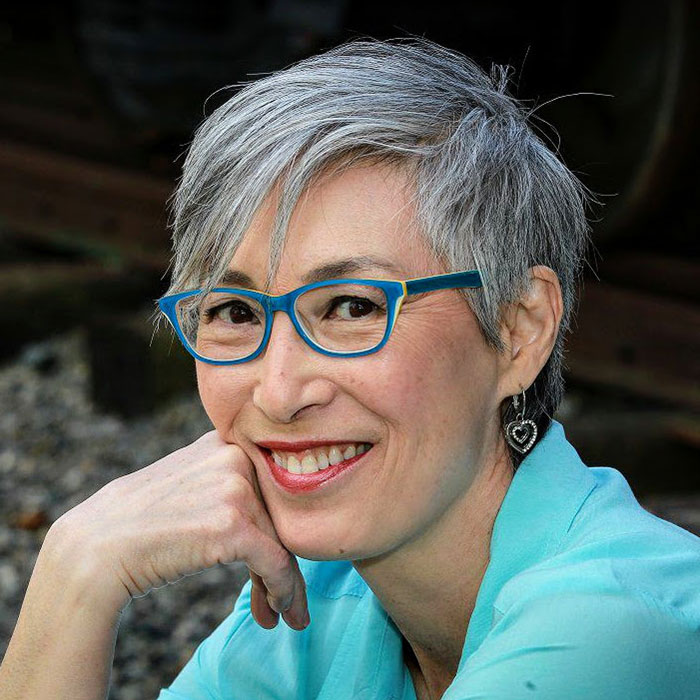 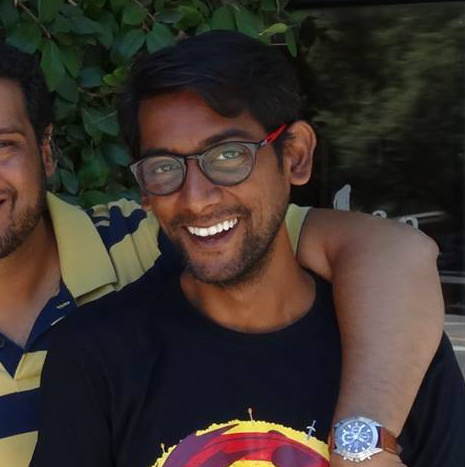 Vatsa is an HR professional who recently relocated from India to Seattle with his husband. He has always been passionate about diversity and equity, including gender, orientation, identity, disability, and intergenerational diversity. He continues to volunteer with organizations that promote social dialogue and change, and provide resources and support to communities, in India and Seattle. He currently works with partners in India to design intervention programs around “Bias in the workplace.” He is also on the board of Trikone Northwest, a support group for queer South Asian folk in and around Seattle. 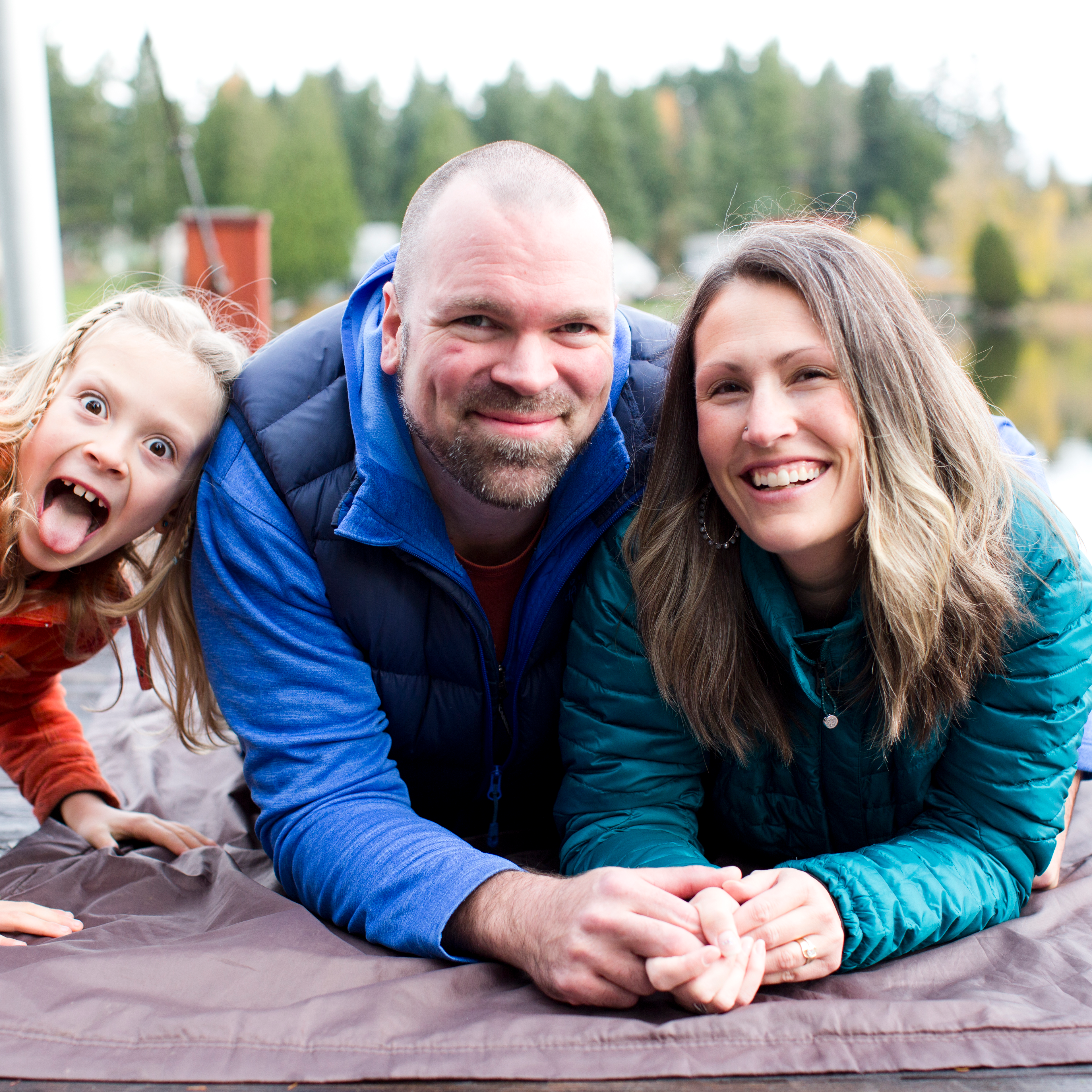 Meghan is a co-facilitator of the Gender Diversity Family Support Groups in Tacoma, WA.  She has been with Gender Diversity for 4 years, when her 4 year old child asked her “Mama, why did God make me a boy, when I’m really a girl?”  Meghan and her husband, Ryan, began their journey to help support their child and have been advocating and speaking in support of the transgender community ever since.  Meghan is also a home educator, she homeschools their 4 kids.  She loves camping, hiking, biking with her kids, and reading. 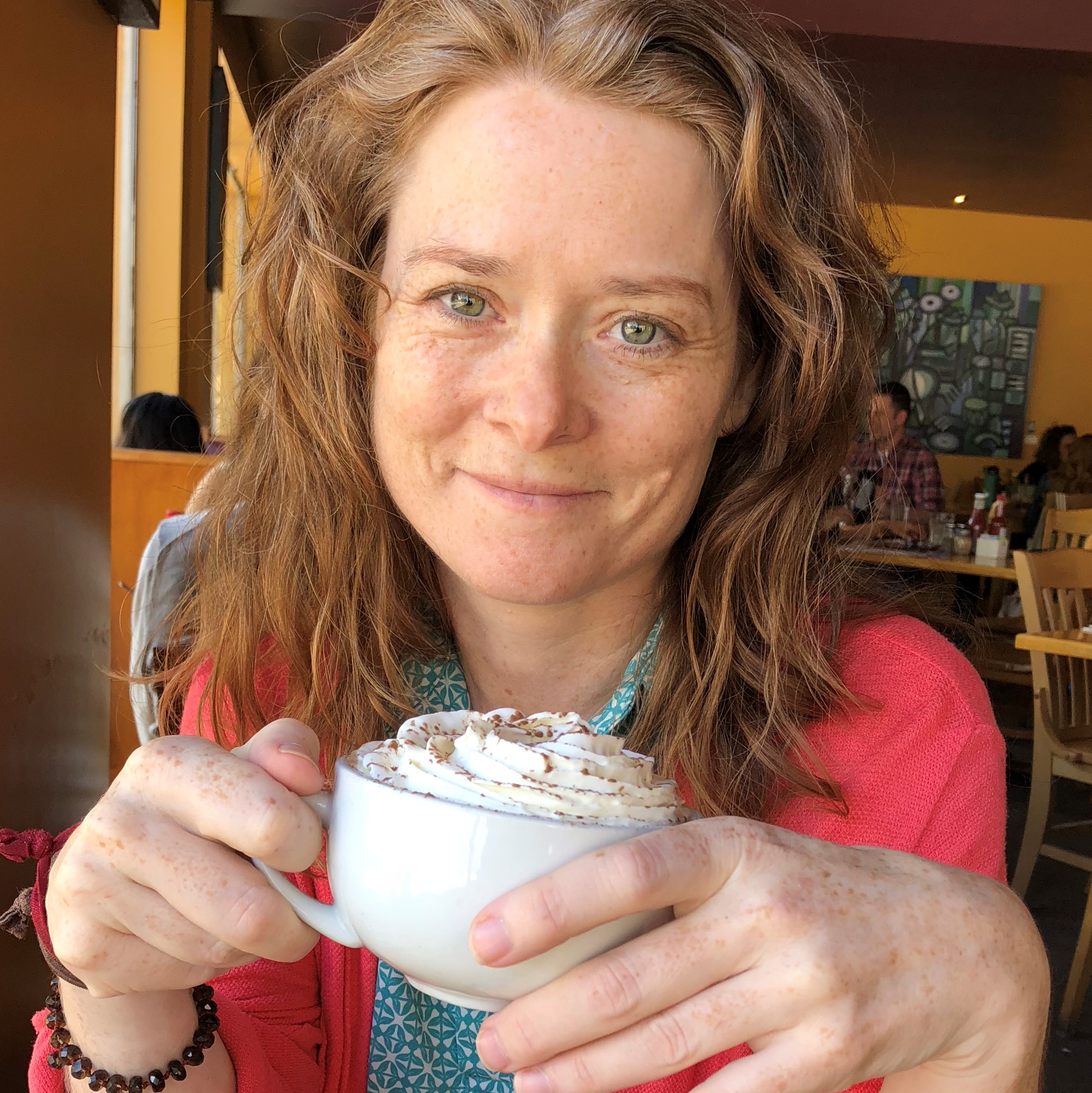 Stephanie is a co-facilitator at the Gender Diversity Family Support Groups in Tacoma, Washington. She has been a supporter, advocate and ally for the transgender community ever since her heart and mind were broken open when her 7 year old told her she was actually a girl. Stephanie really loves facilitating the support groups and watching families help other families cope, learn, grow and thrive along side their gender diverse children. 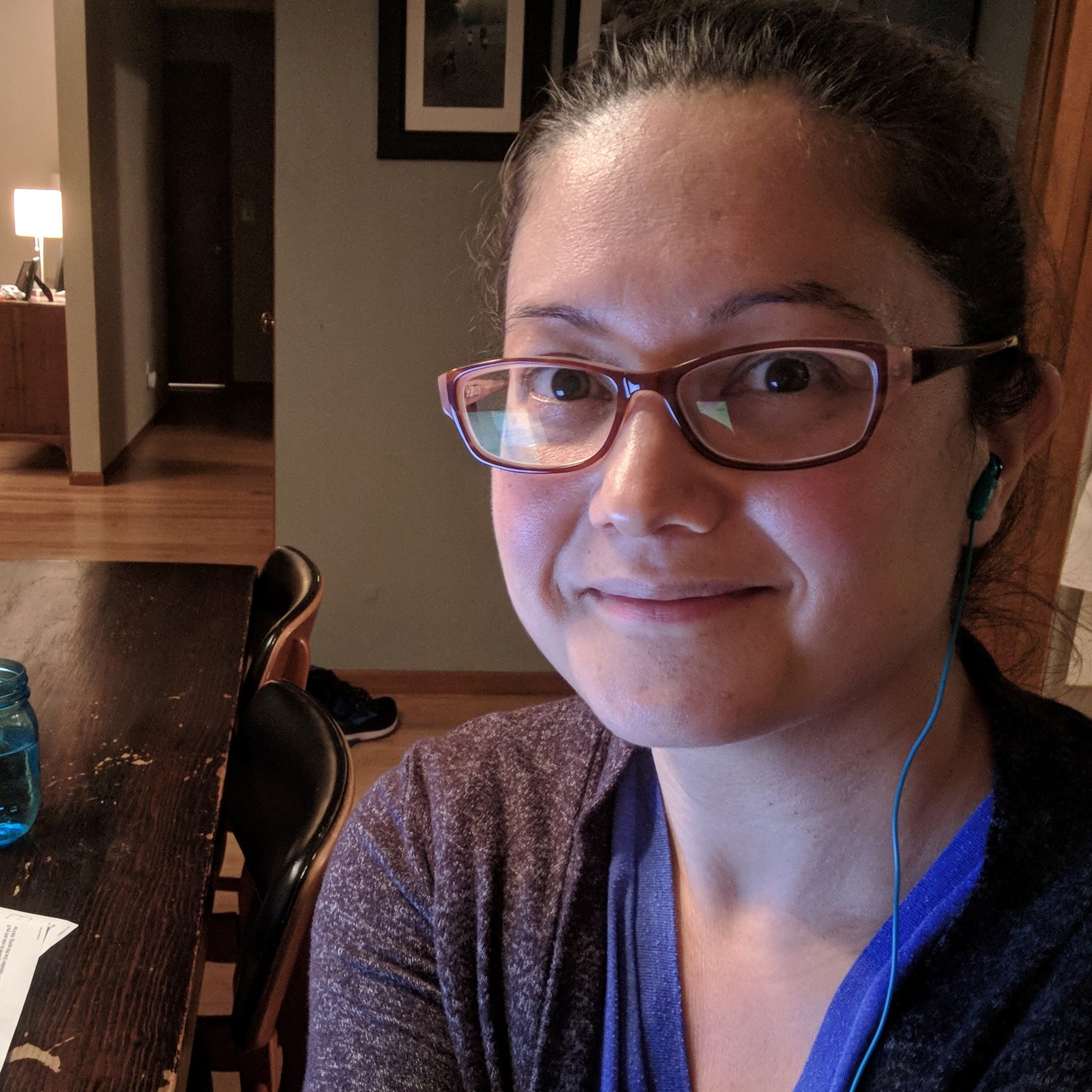 Pattie Pritchard facilitates the Gender Diversity Family Support Groups in Kitsap county, WA.  She and her husband live in Bremerton with their 3 kids, dog and cat.  As a parent raising a trans son in a biracial family, Pattie has become a strong advocate for issues related to gender, diversity and equity, especially local to Kitsap County.  For her day job, Pattie works with cancer patients as a licensed clinical social worker. 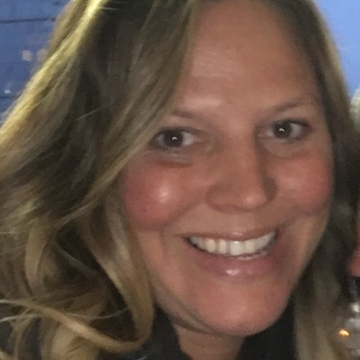 Morgan facilitates the Bellingham, WA Gender Diversity Family Support Group for parents of adult transgender children. She is a licensed mental health therapist, passionate about aligning with, supporting, and advocating for members of the LGBTQ+ community. Morgan is grateful for the opportunity to learn from and be a part of the Gender Diversity family. She loves the sun, cats, and mostly her 3 busy kiddos! 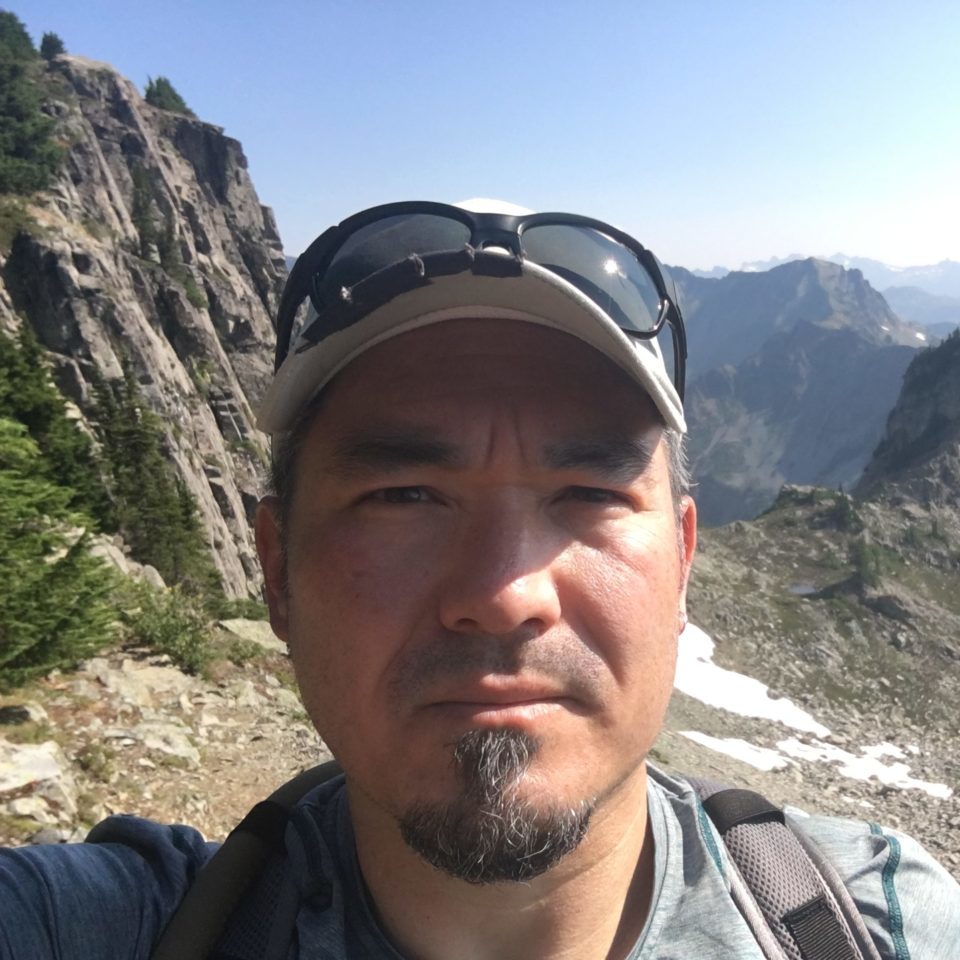 Dirk is the proud father and co-parent to two wonderful daughters, the younger of which is transgender.  He is grateful to have been involved with the Gender Diversity community since 2014 and is honored be stepping into the role of co-facilitating Family Support Group discussions in the Seattle area.  In addition to embracing the joys of parenting tween and teen girls Dirk is an avid hiker and backpacker and enjoys cooking, travel, spoiling his cat and reading. 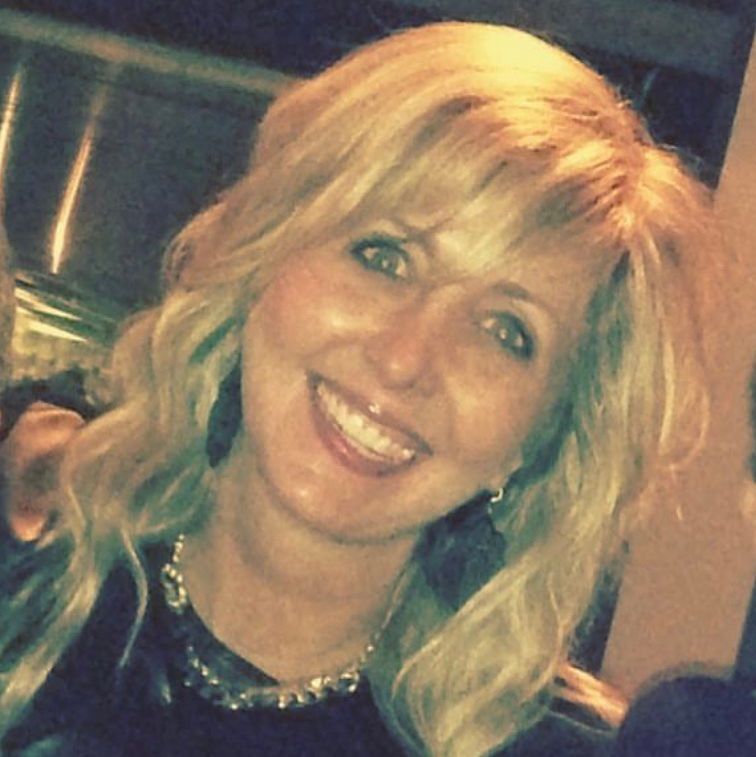 Tiffany is a mom to two delightful sons, one of whom is transgender. She has been gratefully attending Gender Diversity Support Groups and has been a great fan of the Gender Odyssey Conference since 2013. She also feels incredibly lucky to assist with facilitation of the GD family support group in Seattle since 2016.  Supporting her trans son has also ushered Tiffany into the interesting world of political activism where she inspires other families to support their trans children by telling her family’s story. 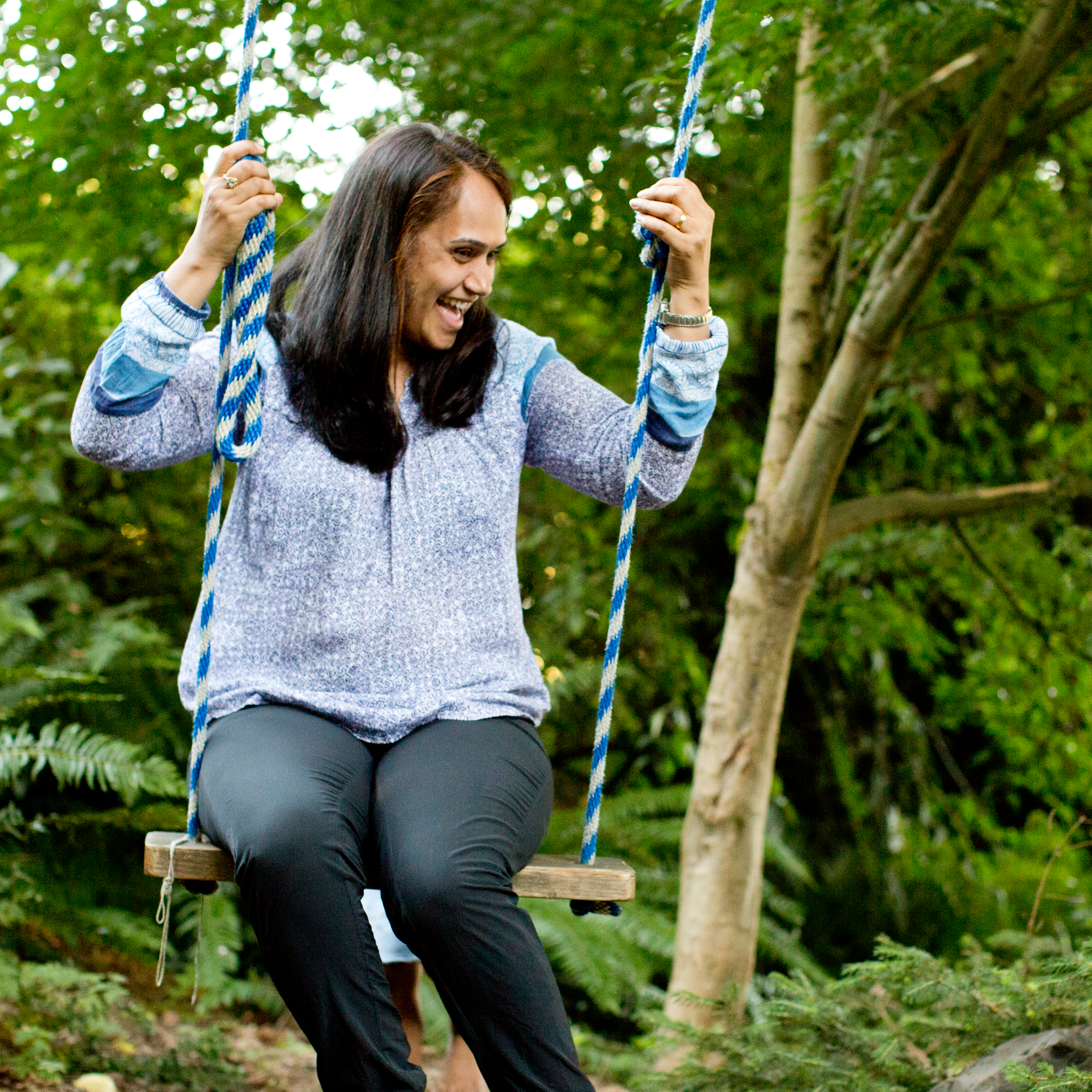 Nazia is a thoughtful and compassionate person who happens to be the mother of three amazing kids. Her eldest daughter is trans and youngest was born with a heart condition. Nazia is an equity advocate for social justice and trans rights. Her passion for changing hearts and minds started in her very own family, and the communities around her. She works in the Edmonds School District, volunteers as a Community advisory board member for Seattle Children’s Gender Clinic and will graduate with her Master’s in Education in the summer of 2019.

Nazia, born in Pakistan, moved to Seattle in the 80s. She has strong connections to her Muslim community in North end and helps facilitate Gender Diversity Family Support Groups in Lynnwood, WA 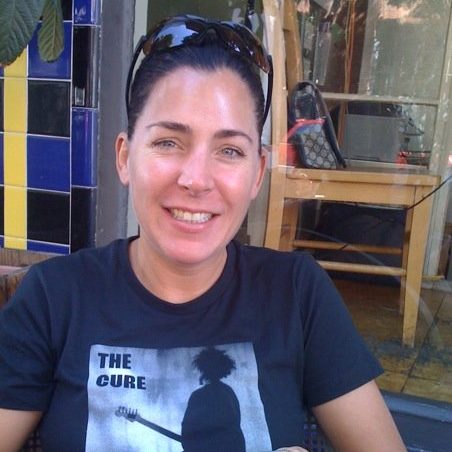 Micah is a co-facilitator with Gender Diversity Family Support Groups held at Seattle Children’s Hospital.  She is also shadowing parent/caregiver support groups and will soon share all of this knowledge with a new Gender Diversity Family Support group in Wenatchee, WA.  Micah’s mission is to transform the quality of life for transgender and gender expansive folks by providing a broad continuum of care that is inclusive, culturally competent, collaborative, insight-oriented and attuned to each person’s specific needs. Micah is deeply devoted, professionally and personally, to the empowerment of disenfranchised groups and believes that diversity, inclusion and equity are vital to living our values and achieving our authentic self. Micah’s day job is working as a licensed independent clinical social worker with a diverse group of folks in the rural community of Wenatchee, WA.  She loves camping, sailing, researching data and being with her wife and 4 furry children. 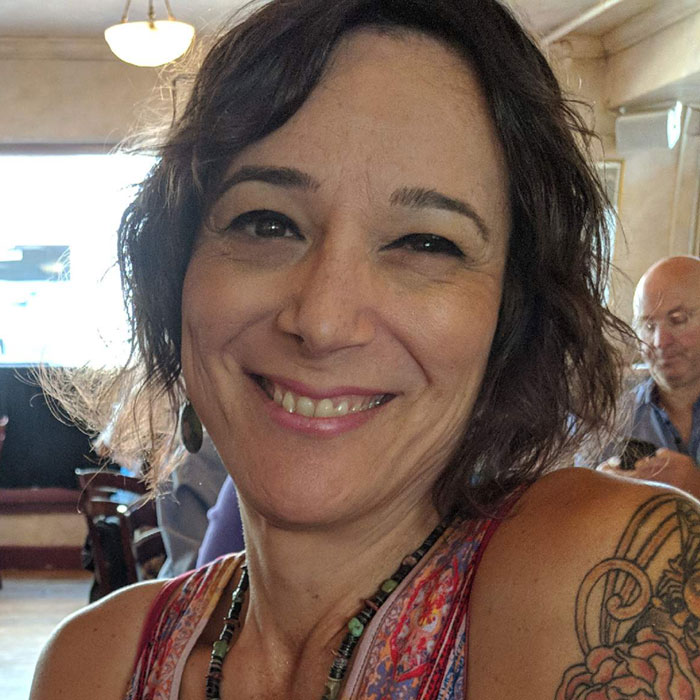 Evelyn soldered her first Heathkit H89 PC together back in the days of disco. After a storied career with Commodore Amiga as a wunderkind and a stint for bad behavior at the University of South Florida, she launched her information technology consultancy, the Logical Alternative, with her wife Melissa. She took a few years off for a position with a multibillion retailer as Chief Information and Security Officer.

Evelyn’s hobbies include vegetarian cooking, travel, and burning down the cis/het patriarchy. She’s available in select stores wherever fine wines and rare birds are sold. 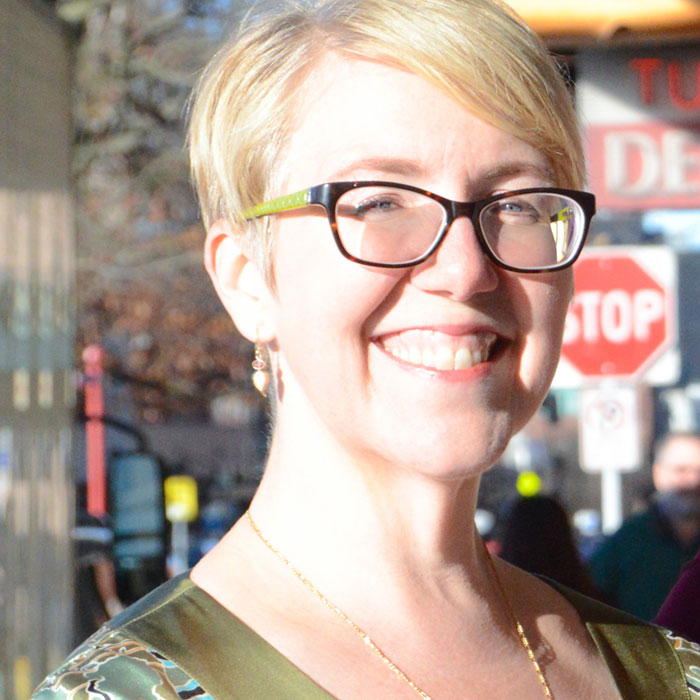 Melissa moved to the Seattle area from Tampa, Florida in 2007. She’s a graduate of Ringling College of Art and Design and George Washington University, and helps run Logical Alternative, a technology consulting company, with her wife Evelyn. In addition to studying history, spoiling her pets, making music videos, and helping to build resources for the trans community, she currently spends her “free” time trying her best to follow her mom’s advice: wake up, kick ass, be kind, repeat.